This brand new 2022 luxurious sailing catamaran, NAE KAE, is a superb example of what Bali can design. As you step on board in to a beautifully appointed cockpit, complete with teak floors and dining table for ten and a comfortable lounging bench, you immediately realize what a unique charter experience you are about to have. As you make your way up to the flybridge you’ll be blown away by the amazing turquoise water with 360° views and enjoy the up-close view of the sails. It’s also a great place to read your favorite book or a favorite spot for appetizers and cocktails at sundown. The main salon is comfortable and luxurious with open spaces and natural light fed by all the windows surrounding you. All guest cabins are spacious with large windows and offer plenty of natural light. For your comfort, every cabin offers queen sized beds and private baths with dedicated shower stalls as well as individual cabin A/C control. The high level of finishing throughout every cabin reflects the luxury that you would expect from a yacht of this caliber. With all the different areas, NAE KAE is show-stopper and has enough amenities for everyone to enjoy!

DIVING: Offered via rendezvous only

Doyle Van Horn
Capt Doyle was born in “The Heart of Arizona”. Coming from a ranching background he spent his childhood playing in the woods and rivers of northern Arizona. After graduating from high school he set off traveling around the states working construction and other odd jobs. One of those jobs took him up to Valdez, Alaska where he found his way to the local marina. It was at that moment, seeing all the boats on the dock, that he fell in love with the idea of working on boats and finding a life at sea. After that trip he decided to go all-in and made his way to the Virgin Islands. At 19 years old he moved to St. Thomas to pursue a life on the water. Being the annoying kid on the dock asking for work, finally someone gave him a chance. He spent the next couple of years as crew on a 65-foot sailing cat working on his sea time and honing skills needed to be confident on deck. Eventually, working and getting his 100 ton master’s license. In 2003, he was promoted to captain and so began a dream life of sailing the islands and exploring his backyard that is the Caribbean. Throughout the years he had several opportunities that found him on multiple boats of different size and make, from 100 foot power yachts to 50 foot day sail cats. From running boats for major hotels like The Ritz Carlton, to private term yachts he let the sea and wind take him from The Virgin Islands to Hawaii, throughout the Great Lakes and down the eastern seaboard. In 2015, he had the opportunity to build a boat and start a small high-end private day charter business throughout the Virgin Islands. In August 2007 hurricane Irma and Maria swept through the Caribbean, devastating the islands and boating community throughout the area and beyond. He was forced to pack up and move back to the States where he got back to his roots and worked as a Cowboy for several ranches throughout Arizona. Sleeping under the stars and raising the beef that feeds the nation he found a real passion for the cowboy lifestyle; but in the back of his mind and the forefront of his heart he knew he was destined to make his way back to the sea. In 2021 Doyle sold all his horses and moved to St. Augustine Florida, to get back to the life that fuels his heart. Upon returning to the sea he found a new spark for the work and decided to go back to the island and pick up where he left off. Taking the Captain position onboard Nae Kae with chef Maya, he is excited to show you all the secrets that he found over his twenty years of exploration. Whether it’s showing guests the amazing world under the surface or harnessing the power of the wind to transport you from one island paradise to another; to strumming some tunes on deck for cocktail hour, you are sure to find the right itinerary for you and your group. Capt Doyle, and Chef Maya are happy to welcome you aboard Nae Kae for what is sure to be the best trip to the islands and possibly the best week of your life!

Chef Maya Walsh
Maya grew up primarily in the suburbs of Washington D.C. but spent several years going back and forth between her parents’ countries of Japan and Canada. A lover of water, she spent her youth body surfing on the beaches of California and sailing and canoeing on the lakes of Ontario. Upon graduating from the University of Toronto where she studied Japanese, Spanish and biology, she realized she wanted more involvement in the food world. And so her culinary journey began with six months of WWOOF-ing in Spain and Portugal followed by a move to Baltimore where she became involved in the robust organic urban farming community while cooking at an award-winning French bistro, bartending at a natural wine and sake bar, and roasting and serving coffee.

During 2020, she lived in Japan where she interned at a Michelin 2 star restaurant and worked at a traditional noodle shop. She is a graduate of the Ballymaloe Cookery School, an institution located on an organic farm in Cork, Ireland and of the Ashburton Yacht Chef Academy. Having traveled to over 30 countries, her culinary repertoire is diverse. Her experiences have led her to prioritize a commitment to sourcing high quality, seasonal, and local products, creating strong relationships with producers. She especially enjoys foraging, fermenting and pickling. In the most recent off-seasons, she was learning about the ancient wine culture of the Republic of Georgia and working the harvest on a low-intervention winery in Slovenia. She also spent time in Honduras acquiring her PADI rescue diver certification. She is relentless when it comes to furthering her gastronomic knowledge, highly competent and committed to catering to all guests’ dietary restrictions, preferences and aspirations. 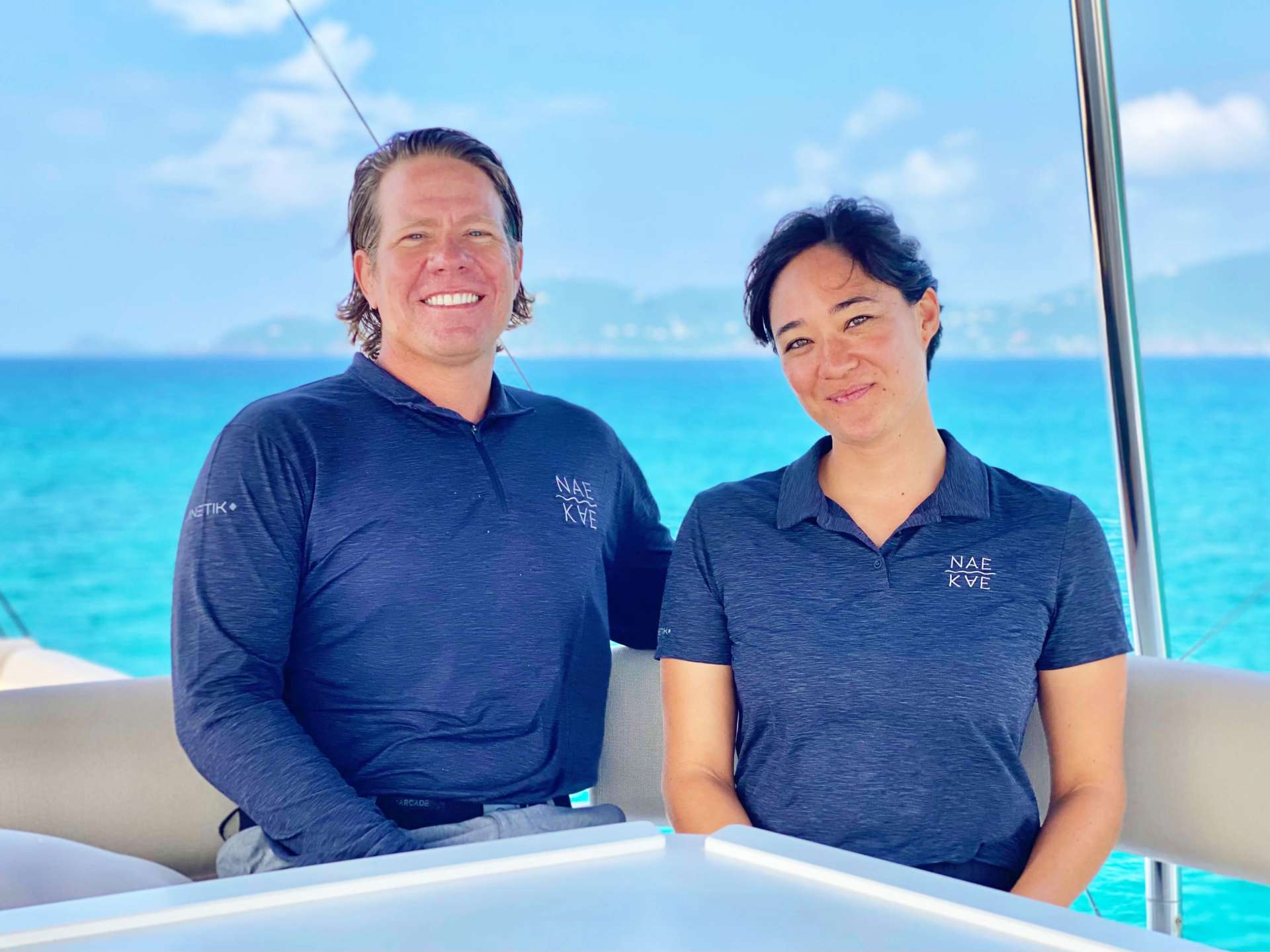